The Lights of Home 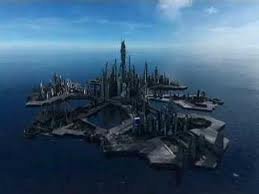 Title: The Lights of Home
Author: Ladyholder
Series Order: 3
Banner Art: None
Pairings: None
Word Count: 567
Rating: G
Betas: None
Warnings: None
Authors Note: Did his time with Chaya take something away? John has to wonder.

Thinking back over the debacle of the last few days, John could only shake his head at his own part in it. For all that he had acted surprised at finding out that Chaya was an Ancient, he really hadn’t been all that surprised. Every ability in him that let John know when one of the others were around had lit up and just… howled when he had met her. And that had felt really good. Better even than the feeling of home that he got when he was around Rodney.

Which, now that he was actually bothering to think about the whole idea, really should have clued him in that there was something screwy about her.

John had never been able to figure out if any of the others could actively tell when they were around each other. He knew that Rodney, when he was busy and deeply into the groove of whatever he was doing, would say hello to him before he consciously knew John was there. Which was weird to watch, let alone think about. Carson occasionally did the same thing, in the same circumstances and the only other person that seemed to have the same strength of ability was Miko. And John really wasn’t around her often enough to test his theory, that and she had yet to do more than say hello to him at all.

Sitting in the infirmary after his unneeded and unwanted rescue mission, John could only stare at the walls and wonder at the universe. Why didn’t two of the three strongest people who were like him, who knew when he was around, pick up on what Chaya was?

All John could come up with was that Chaya knew that they could sense each other and had blocked the others from feeling her. And wasn’t he glad that she was on Proculus and no longer on Atlantis! Because taking that thought to its logical conclusion led him to the thought that if she could block his friends from feeling her what had she blocked him from feeling?

Deciding that he really needed stretch out and use his talent, John nodded to himself. This was as close to private as he was going to get for the next few hours, given medical tests and debriefs. Plus the only person around of sufficient strength should be Carson, so he would be easy to sense. Moving his gaze from the walls to the ceiling, he leaned back onto the bed and closed his eyes. Stretching out that inner certainty he felt around, looking for Carson. Nothing.

Taking a deep breath and trying not to panic at the thought that his actions might have cost him ability to find them, John settled deeper into the bed. Behind his eyelids he tried to place everything and everyone in the infirmary by the sounds they were making. Slowly he populated his mental map with the doctors and nurses who normally worked this shift, and with each additional person added to his tally he relaxed. Hearing a door slide open, he tensed, ready to sit up and open his eyes to see who was coming in.

The person walking in the door wasn’t a medical doctor or nurse, it was Rodney. Relaxing back into his bed, John smiled. Because against the backdrop of his inner eyelids, Rodney blazed with the renewed lights of home.