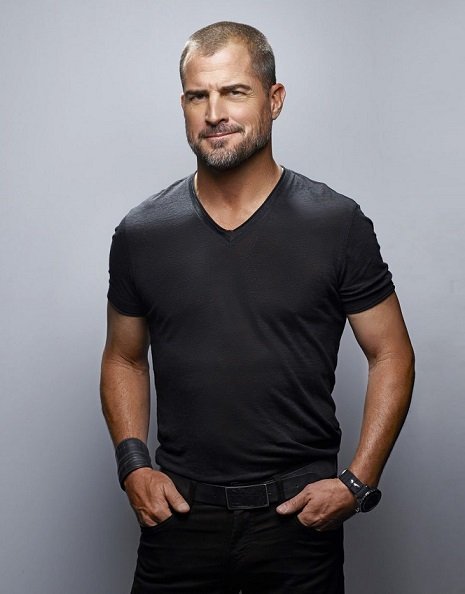 The sound of his name being gasped out from between his lover’s lips caused Jack Dalton’s hips to snap up. This drove his cock even deeper into the body of the man riding him and he groaned. “God, babe, love fucking you,” he ground out as he moved one hand from his lovers hip to grip his cock. He started moving it in time with the thrusts of his cock and hissed. From the squeeze of the muscles surrounding him, his lover liked that.

“You bastard,” Tony huffed out as he shivered at the added sensation. His lover rocked back on his cock and moaned as he took Jack into his body, again and again. Jack watched as Tony got lost in the pleasure they were sharing and smiled before he shifted slightly.

“You like me this way,” Jack told him smugly before he dug his feet in and used the added leverage to get just that last bit deeper.

Green eyes stared down at him as Tony clenched down on him and stopped moving. “I would if you would get on with it!”

Jack used his new leverage to distract his lover so he could actually move again. He could feel the bump of Tony’s prostate and he made it his goal to move against it with every thrust. The change in his target drew a strangled shout from his lover and he kept stroking his lovers cock. It only took a few more passes before Tony was coming all over his hand and shivering from the sensations. Jack kept moving and let his orgasm crash over him at the last contractions of Tony’s pleasure.

“God, Jack. Thank you for that,” Tony panted before leaning down to kiss him slowly, tangling his tongue in Jack’s, mimicking the thrust of his cock onto Tony’s body. Sitting back up, Tony clenched the muscles of his ass around his cock and Jack let his hips snap up again. He was almost over stimulated, but the hot rippling warmth of his lover’s ass felt great. With each shallow thrust he gave to draw the sensations out, he came closer to slipping out. As the last of his tension washed away, his cock slipped out and he groaned at the loss.

Tony pecked his lips a final time before rolling off and laying on his back. Jack drew in a deep breath before heaving himself out of bed. One quick clean up later he was wringing out a washcloth for Tony. The hum of satisfaction his lover gave him as he cleaned him up was oddly musical and Jack grinned. He adored getting a chance to play with Tony when he was in D.C. Given his work with the Phoenix Foundation, it didn’t happen often as he might like.

Thinking things over to throw the cloth back into the en suite and laid down on the bed. “I’ll be here for two days. Will your bastard of a boss give you the time off?”

“He better,” Tony muttered before stretching like a particularly satisfied cat. Jack eyed his lover and contemplated the stirring in his libido. It wouldn’t be long before he was ready for round two, but he wanted Tony with him. Now that the first edge of his hunger for his lover was taken care of, he could slow them down. Indulge in some foreplay. See how close he could get Tony to the edge before the Italian snapped and took control.

But first, he needed to make sure that his lover’s boss wasn’t going to burst in. He would hate to have to talk to the police for shooting the interfering jackass. “I wanted to make sure before we start round two, babe. I’d hate to shoot Jethro for being an interfering bastard.”

“Second B and all that jazz,” Tony agreed before he stretched out and grabbed his phone off the nightstand.

The phone was far enough back not to be in the way of either of them needed to grab one of the guns set onto the small table’s surface. Jack could honestly say that given his job, it was never wise to be unarmed and he felt naked if there wasn’t at least one gun within reach. Given that Tony hadn’t batted an eye at how he had set up their firepower, he was sure that his lover was feeling much the same.

“Gibbs, it’s Tony. I’m taking my downtime. Now. I’ll be in on Monday.” Tony cocked his head to the side, obviously listening to what his boss was telling him. When irritation moved over his face, Jack knew that Jethro had stuck his foot in it. “NO. Not only no, but hell no. I haven’t had a day off in six weeks and the other two can step up for once. If Vance gives you any shit, tell him I’m contemplating my options. And yes, that does mean all the options I’ve been offered over the last year. Let him stew on that for a change.”

Tony disconnected the call before poking at the phone for several moments. Jack wasn’t prying, but it looked as if he was texting someone from the way his thumbs were moving. “Okay, HR is aware I’m taking the time off. If my team really needs to get a hold of me, they can, but we should have some privacy for the next few days. How about you?”

“Mac knows better than to call unless it’s the end of the world,” Jack told him. He eyed his phone from where he lay and saw no blinking tights. “All good.”

“Excellent,” Tony told him before rolling over to sprawl on top of Jack. Leaning down, he kissed Jack slowly. “Let’s get started on round two.”

Eyes dark with lust, Jack growled before he wrapped his legs around Tony’s hips and rolled them so he was on top. He had plans and the time to indulge them. “Just what I wanted to hear, babe.”