Skip to content
Home Original Fiction As You Wish 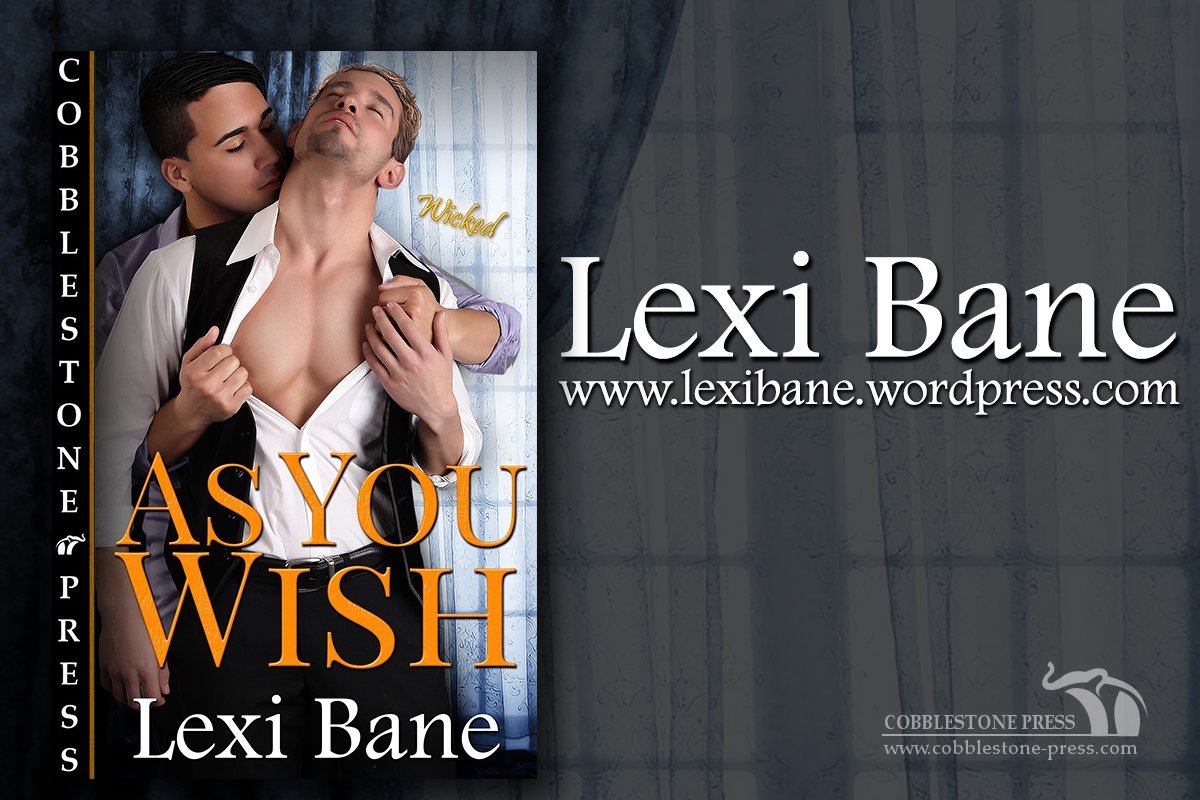 Photographer Lennox Hillman has sworn off dating after a string of heartaches. He really has. But then he meets Chef Gabriel Bryant and decides to give a relationship another try. Gabe makes his mouth water for more than his delicious culinary delights, and Lennox desperately needs a taste.

Their table was near the kitchen, where a lovely glass wall let them see the insane ballet that was a professional kitchen in full swing. Lennox looked around the table for a menu and then stared at his assistant. “What in the hell, Jen?”

“Like I said, I know the chef. And I’ve told him all about your food allergies and preferences,” Jen told him with a secretive smile.

“Are you setting me up?” he asked bluntly.

“If I am, will you give him the time of day?” she asked as she settled into the leather comfort of their booth.

Lennox opened his mouth to snap at her, but paused. He’d been thinking about settling down for months, of not dating everything that breathed, and it was an honest question. Hadn’t he just turned down a very pretty young man who had just been interested in a quick fuck? “Yes, I think I will.”

“Good!” Jen looked at him with a smug smile on her face.

“You are the most evil of women,” he muttered before turning the conversation back to planning the company party.

They had been talking for less than five minutes when a man in chef’s whites walked up to their table. Jen slipped out of the booth to hug him. “Gabriel! You look fantastic!”

The chef hugged her back, and Lennox sat back and looked the other man over. He was taller than Lennox, and slim. He had bright blue eyes and an artfully messy mop of dirty blond curls, sharply defined cheekbones, and a smiling mouth framed by a very neat goatee. Lennox had to remind himself that he a grownup and actually had something called self-control.

“Gabe, I wanted to introduce you to my boss. Lennox Hillman, this is our chef, Gabriel Bryant. He’s the owner and head chef for this lovely place of culinary sin. Gabe, my boss is a photographer who has managed to get some of the best and beautiful things and people on film.”

Lennox resisted the urge to roll his eyes at his friend. Holding out his hand, he carefully grasped the other man’s. As soon as his hand touched Bryant’s, a current of attraction flowed between them. Cocking his head to the side, he stared at the chef. He had never before experienced that particular sensation.

“It’s a pleasure to meet you,” Bryant said with a wide smile. The chef had the remnants of an English accent that sounded as if it had been worn down by a lifetime’s exposure to another culture. “Jennifer’s been talking about you since she found out I was moving out here.”

“And she just told me about you. I don’t think that’s all that fair,” Lennox told him. “I’m quite certain that I need that fixed. Got any stories about her?”

The smile that lit the chef’s eyes was full of mischief and deviltry. “I have lots. And I have no problem letting you know them. But only after lunch.”