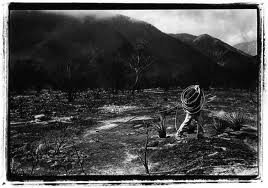 Being angry wasn’t helping much right how. Although the burn in his veins from the emotion was indeed heady stuff. It felt like he had tossed back a bottle of top quality Tequila in one huge burning gulp. Hugging the feeling to himself, he tried to keep it close, to savor it fully. Because he knew that the feelings under the anger were darker, more bitter flavored, and nowhere near as heady.

Putting his trust in someone, in anyone, had been the toughest part of being in Pegasus. Not the catfish faced vampire people, not the homicidal Amish, and definitely not the Ancients and their bad habit of leaving hazardous materials lying about. Trust. And having his trust shattered by the one person he thought he could count on most? Well that just meant that he wouldn’t be trusting anyone anytime soon.

Basic survival dictated that moving quickly made you a harder target to track and right now, he didn’t want to be found at all. Especially by certain people. People who would not be, could not be mentioned even in his own mind. Because if he thought about that person and what they had done, his Tequila flavored anger would just drain away and leave only the ashes and bitters behind.

Turning to face the man he had trusted the most, all John knew was the taste of ashes in his mind.