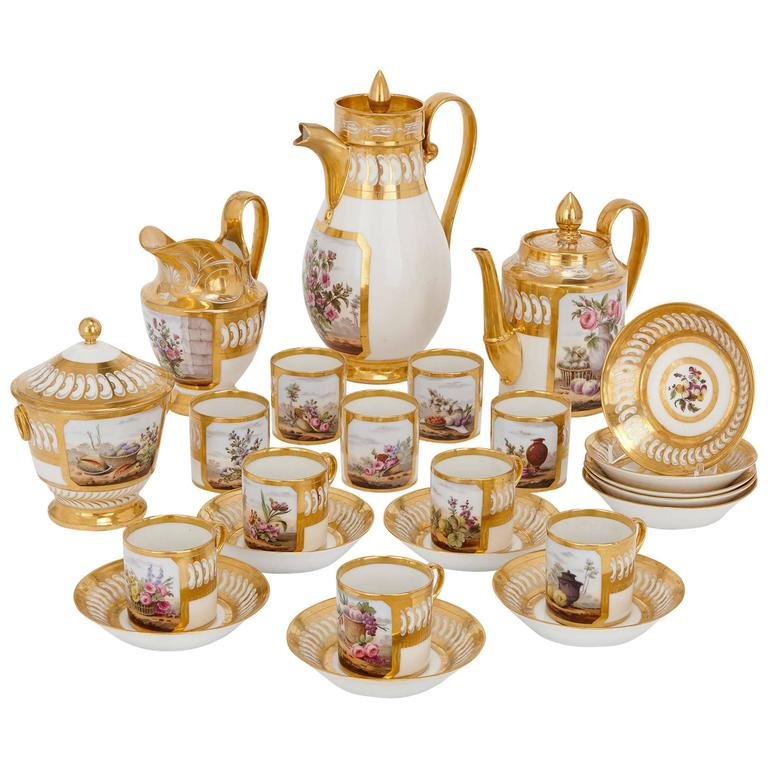 Narcissa hummed softly as she finished transfiguring the last of the pieces into a lovely china tea service. She had taken the time to get each one right, down to the smallest detail. Arranging each piece on its own pedestal or shelf, she walked around the display for several moments, tweaking the position of each. When she was satisfied, she moved over to the far side of the dueling salle and took her mark.

The balls of flame erupted around the creamer and she held it there as the china melted. As the whiteware puddled down the sides of the plinth, she released the spell and breathed out slowly in satisfaction.

Yes, this was exactly what she had needed.

The miniature tornado she released moved over to the teacup she had chosen and lifted it up. The forces of the wind tore the cup apart and the musical sound of china breaking could be heard over the wind. Narcissa kept her attention on her spell until the teacup had been reduced to a fine sand. Only then did she let the spell go.

Turning her wand slightly, she moved on to the next cup.

A jaunty little fire started in the center of the cup and she cocked her head to one side as it burned. The red glow starting at the bottom of the white ware was very pretty. It even complimented the pattern she had chosen. Reaching out with her magic, she bumped the flames up a bit higher and smiled as the glaze started to crack. When the cup shattered, Narcissa wandlessly cast a shield to keep the pieces away from her.

Onto the next spell then.

Lined against the wall on a small and shallow shelf were all the saucers of the set. Starting on the left and working her way down, Narcissa began to fire a series of silent Reducto’s. With each small explosion, she could feel her satisfaction with the whole exercise increasing. Merlin, she should have done this years ago.

The remaining teacups were next and she had a spell she wanted to try. From what she had learned it might do what she wanted, so this was the best environment to try it out in. “Sectumsempra!”

Narcissa watched as the wave of destruction followed the tip of her wand and shivered. Yes, that was a lovely spell that really needed to be saved for later use.

Surveying the damage, she nodded. All that was left of the service were sugar bowl and the teapot itself. Excellent. She had two more spells to use and then, she would clean up her mess. Time for a very old, but still very useful spell. She would have to send Professor Flitwick a small box of chocolates in remembrance for teaching it to her. “Wingardium Leviosa!”

The small bowl started to dance on the plinth and Narcissa amused herself for several moments as she let it click and clink against the plinth. Tossing it in the air, she let it fall, each time catching it with the spell before flicking it up again. It didn’t take long before she got bored with the game and let the bowl shatter against the stone of the floor.

Blowing out a breath of air from her nose in a small huff, Narcissa turned to the teapot. Rolling her head around on her shoulders, she loosened her muscles and shook out her arms. She had been casting for more than an hour and the spells she was using were not easy. Well, other than the last one, but even that took skill to catch and release an object without letting it crash.

Leveling her wand at the teapot, she took in a measured breath and let it out slowly. “Expulso!”

She had put enough power into the spell that it was visible as it left her wand and she watched as it hit the pot.  The explosion was a thing of beauty and Narcissa hummed in satisfaction. She was going to have to load her memory of this into a pensive and replay it a few times. It was deliciously satisfying.

Tapping her wand against her lips, Narcissa contemplated a wide-ranging Reparo. While it would put the tea set back together, the object of her ire was already dealt with, she decided. A few gentle flicks of her wand and she had all the shards of china balled together. Holding the spell as she walked, she walked down to the oldest part of Malfoy Manor. Many centuries before, when the Romans had settled this area, there had been a forge on the site. A magical forge that was still available to the inhabitants of the Manor.

It took only a flick of her wrist to throw the debris into the forge and she stared at the remains. What she wanted to use to take care of the broken china was stupidly dangerous, but then, she was Veela enough to enjoy the fire and had managed to control it before in the past. Plus, it would take care of her leftovers problem. She might even get an ashwinder out of it.

Mind made up, Narcissa pointed her wand at the pile and hissed out the spell she had chosen. Fire as hot as the surface of the sun leapt out of her wand and curled around the shards of china until there was only ash. Breathing deeply, Narcissa worked to get the flames into an ashwinder and then have it lay its eggs. Only when the fire burned out did she relax. A second wave of her wand put the eggs in stasis and she gathered them up into a jar she pulled from her own dimensional store.

Chores complete, she started walking back up towards the main part of the house, cleaning along the way. It was about time that Lucius had made himself useful.

Fury after all, could be as hot as it was cold.