Sex Toys and Lubes in History

The things that happen when you talk about sex among friends… I got reminded while helping said friends research, that sexual aides in history were…interesting. To say the least.

We’re going to start with lubes because honestly, it’s the least horrific 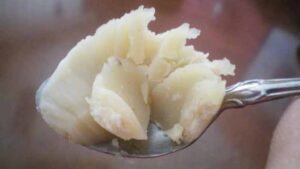 The oldest possible lube out there? Likely fat or lard. Specifically, animal fats that had been rendered until they were clean and able to be used. Why animal fats? 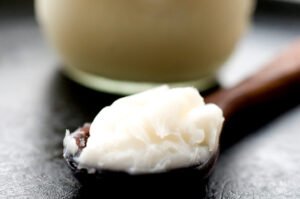 Humans were hunter/gatherers first and when you kill something that has fat on it? You want to preserve the fat for later use. To do that, you need to clean it so it doesn’t go off. Once you do that? Well… People are going to fuck & the lube they used for everything else in their lives, likely got used in their sex lives too. 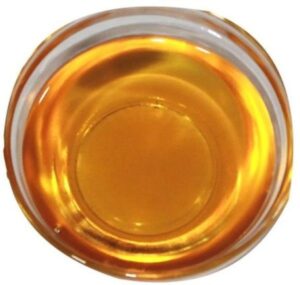 Seconded to the fats that can be found inside an animal is Lanolin which is a fat easily found outside the animal. This is a fatty substance that sheep secrete and it’s in their wool and people have been using it for roughly 8000 years. Why do I think people used it as a lube? Apparently, the ancient Egyptians used lanolin as a skincare oil, so… What do you think? 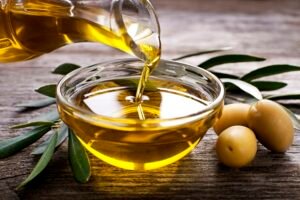 Next oldest? Olive oil. Why do I say that? Humans have been cultivating the olive plant for somewhere around 7000 years. That’s around the Early Bronze Age for those who want to break it down that way. At any rate, we’ve used olives to make oil for ages. It can be in a liquid form, or when it gets cool enough, become solid. You can add things to it to make it more interesting or use it plain. Whatever you use it for, it’s very versatile. 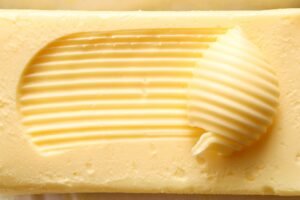 Right. Butter This might surprise people, but humans have been making butter for 4500 years and well. It’s a fat. It gets slick. It’s available. It tastes okay as long as it’s fresh. I’m going to put this in the likely to have been used as well. Every site I looked into for this says not to use it because it can go rancid, but…  Humans. :: Shrugs :: Someone had to learn that lesson sometime. 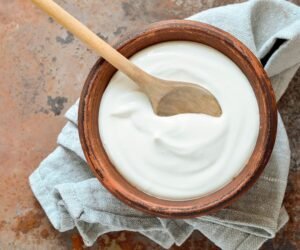 While we’re in the dairy aisle… Plain, natural yogurt.  From what I’ve read, it’s okay to use, and as long as the yogurt is plain, shouldn’t hit the internal biome too badly. But please make sure to wash well after. 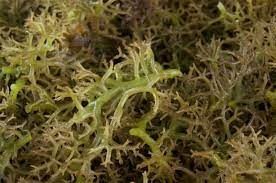 Carrageenan based lube is something that you find in Asia more than in the West that I know of. Matter of fact, I hadn’t heard of it at all until I was researching sexual aides for a story I was writing. The base is seaweed and that’s about all I know. Other than it seems to work a treat & people are still using it today. Pretty damn cool.

Nut oils. I have no dates for these, but humans have been pressing nuts, of all types, to get the good stuff out of them, for thousands of years. If it’s slick, it’s lube. Honestly, unless it goes rancid, it’s a pretty good lube at that. 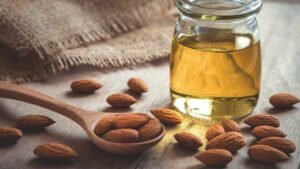 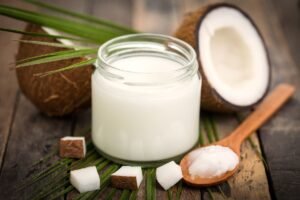 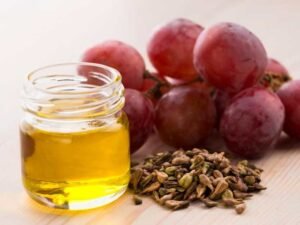 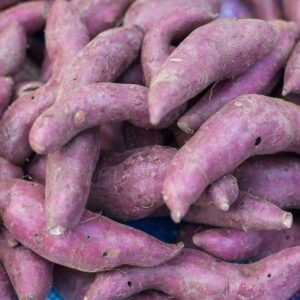 Mashed yams. So in the Edo period in Japan, they used a lube called tororo-jiru. How this is used, I have no idea. Apparently, it’s slick in all the right ways. but googling the term tends to bring up a soup, so be warned!

Now with all of these items, I am not recommending them for modern use. We have a whole host of lubes that are human safe, don’t smell weird, and aren’t animal-based if that bothers you. Also, frankly, they don’t come out of my kitchen & that’s a total win for me.

On to ancient sex toys!

So, what were some of these batons made out of? Well, we have a number of choices and some even made it into modern times.

Ones made of leather 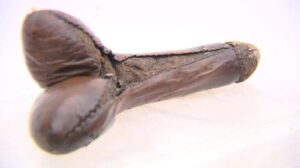 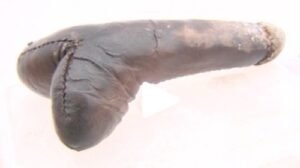 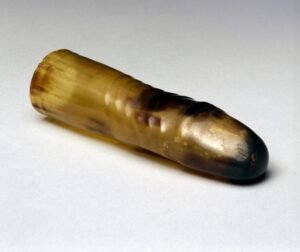 The one made of some type of molded horn 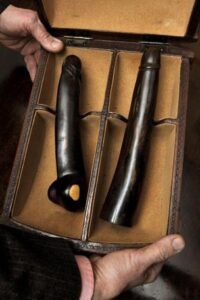 And we can’t forget the ones made of wood 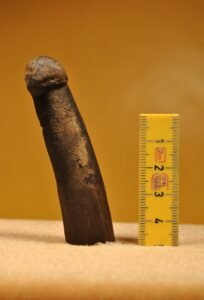 Antler apparently was used as well. I have no idea what species that’s supposed to be, so don’t ask. 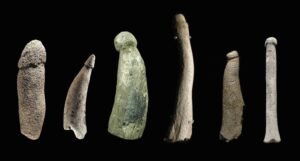 Have fun & remember, we’re in the 21st century now. We don’t need to use the above stuff. We have stuff that’s better, stays slicker longer, and honestly? Is much less messy. And our toys are a lot safer, for the most part. Check it out!