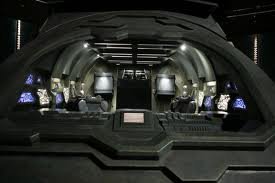 The thing about having your concept of home invested in a person was that you want to protect that person, no matter what the cost may be. For John, home was now defined by a snarky, obnoxious, overbearing, and easily panicked double doctor who was too smart for his own good. And right now, home needed a swift kick in the ass to get them all back to safety.

Trying to ignore (for the most part) what was happening with the giant tick attached to his neck, John watched the only person who had ever meant home to him work. Now that he had gotten back on track, Rodney was quietly muttering to himself as he tested every option, every connection and no motion was wasted. Flinching slightly as the tick took another drag of his energy, John did his best to stay present. Rodney needed him.

As the line of what he could feel moved inward at every flex of the fangs in his neck, John felt his worry and desperation start to climb out of control. Because the thing attached to him was going to want another meal once it had finished sucking him dry and the odds were far too good that it would pick Rodney. And really, that was the only reason why he was going to go along with the insane plan of trying to get it off him while they were all still on the Jumper. Killing the giant roach was a goal he could definitely get behind.

Now sitting still (and projecting calm for all he was worth) while Teyla and Ford experimented with the med kit and the tick wasn’t fun. And feeling it pull more of whatever it needed from him in one sickening rush than it had when Ford had shot it? Well Aiden was lucky that he had only screamed and lashed out to get the source of pain away, not kill it. And then when he got enough air back to talk and reassure everyone, he had to put forth a last ditch idea. Because he just couldn’t go through another draw like that. And neither could Rodney.

Waking up in the infirmary was extremely gratifying, to say the least. Mainly because he hadn’t been too sure if he ever would wake up again after being hit by the full charge of the mobile defibrillator. Pausing slightly before letting anyone know that he was awake, John made sure to keep his eyes closed and his breathing even, trying to take stock of his surroundings. From the sound of it, there was some basic monitoring equipment around the bed and attached to him, but nothing that suggested that he was on death’s door. There were also several people in the area, and he could feel that Carson was across the room in what had to be his office.

But all that was overshadowed by the pulse of home that was by his bed. Opening his eyes slightly, John could see that Rodney was sitting in a chair, typing away on a laptop. Relaxing back into his pillows, John closed his eyes again and went back to sleep. Everyone was safe.