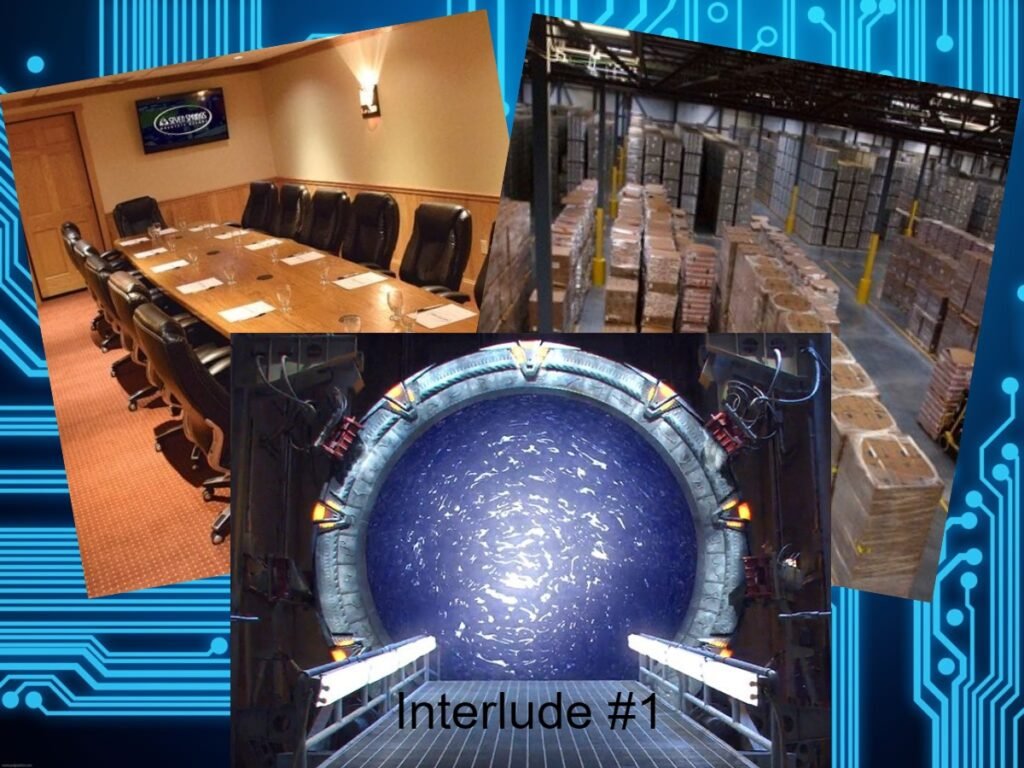 A/N: So this came out of Janus Two Step. I never added it to the fic since it was a POV that I wasn’t writing from, but it was something that works for that universe and I thought you all might like it. Enjoy!

Cooper walked into the breakroom behind the officer’s mess and raised an eyebrow at the sight of her whole shift sitting around the table drinking coffee. “I was not expecting to see you lot after our shift.”

Her second, MS1 Jones raised one eyebrow at her in question. “Really? You get pulled into a meeting with the military arm of the Expedition we all applied for and you don’t think we’re going to stick around?”

“Point,” Cooper agreed with a sigh. “We have so much work ahead of us. It’s horrifying.”

“What’s the time period?” Jones asked as he pulled out a heavy-duty tablet.

“Eighteen months,” Cooper informed him. “And we’re looking at about two hundred people that we will be supplying. And half of those will be high calorie eaters.”

“Don’t kid yourself, boss, the scientists are heavy eaters too,” Jones reminded her. “I’ve been talking to the kids in the mess the scientists use and they are reporting that every single civilian is eating like the infantry.”

“And how many times a day are they eating?” Cooper shot back.

“Twice?” Jones said after tilting his head in thought. “But they are mainlining coffee and tea like it’s going out of style.”

“Well, that’s not good,” Cooper observed. “We’re weeks out of the gate and if they’re eating like this now? Either they’ll be too fat to get through the gate or dead from the overeating.”

There was a snort from the couch hidden in the corner and Cooper turned to look. Dr. Jackson had apparently decided to crash-land in her territory again. “Are your idiots getting to you again, Dr. Jackson?”

“More like Weir doesn’t know about this spot and it’s a nice safe place to get work done,” Jackson muttered as he flipped through a report that was more than an inch thick. “I can’t ban her from the soft science division, but I can avoid her.”

“Fantastic,” Cooper muttered. “You can camp out here all you want, sir. Do you need more coffee? Or maybe some food?”

Jackson smiled and shook his head. “Your people have been feeding and watering me on the regular, Chief. And I’m quite certain that the sciences will get through the gate in decent shape. McKay’s already started to whip them into shape.”

“Well that’s a relief,” Cooper sighed and sat down at the conference table they had moved in for their use. “Take a look and pass the paper down as you read through them.”

She reached out to check one of the carafes on the table for coffee. The second was full and she poured herself a cuppa before doctoring it to her liking. Sipping on it, Cooper watched as her people lost their minds over the supply lists.

“Cooper, please tell me you have a free hand to fix this mess,” Jones asked as he reached the end of the documents.

“The Colonel and the Major are both good with us making changes and General O’Neill has already agreed to sign off on expenses,” Cooper admitted. “I want to make sure that anything we bring is useful in at least two or three different ways. And any extras we can acquire would be to the good.”

“There’s no veg in this list, no spices,” her dayshift manager told her. Brooks sounded horrified and Cooper couldn’t blame her.

“It gets worse,” Spenser, the nightshift manager announced.

“Flour?” Cooper asked. She had expected the question and was surprised that Jones hadn’t caught it.

“There’s just enough flour for about four weeks! This is insane,” Spenser told her. “There’s no salt, little egg, no meat… The list of what we’re missing is more than what we have. Who in the hell put this together?”

“Apparently, the original list was put together by Dr. Weir,” Cooper reported. “Then the Colonel and the Major added to the lists.”

Jones snorted softly. “I can see what they added. Sixty cases of MRE’s are not food. MRE’s are survival supplies. Seriously.”

“Bread is life,” Cooper agreed. “So, whole wheat and fortified white, with bags of wheat berries so we can both plant our own as needed or grind it if we run out of flour?”

“Yes. And make beer as needed,” Anderson muttered as he flipped through the pages. “We’re going to need tons of food at a minimum.”

“We all know how to garden, Chief. Maybe we should bring enough seeds to supply our needs,” Spenser offered. “Because we can carry more variety that way than we can fresh or dried. Seeds would mean that we can cut down on foodstuffs, if we can grow enough.”

“I’m for it,” Cooper said with a nod. “But we’ve got no certainty of being able to grow anything. So, given that, I want to make sure we have a year’s worth of everything we can, and we can bring the MRE’s to round things out. Most of the food we are going to bring is going to have to be dried just to make sure we can make this work.”

Cooper was writing the suggestions down and nodding. “Agreed to all of those things. Enough water for a week. Pots and pans and maybe two or three steam kettles, although how we would fire them up is a good question. If we are bringing grains, we need to bring steel cut oats, and barley.”

“Atlantis is supposed to be under an ocean,” Jackson cut in from his spot in the corner. “You should have access to salt at least.”

“But we don’t know if it will be a form of salt that we can eat, sir,” Cooper reminded him. “Coffee, tea, sugar, creamer, powdered milk, oils, fats of all types, condiments.”

“The lists are endless,” Jones sighed as he pulled his laptop out of the bag by his feet. “I’m looking up the shopping list we use for the Mountain and we can spark off of that.”

“That’s a good start,” Cooper agreed. “Add rice to the list. Lentils, split peas, chilies. Jesus. This is going to be such a mess.”

“We need to talk tools too, Chief,” Anderson reminded her. “I think we need to bring at least a dozen kitchen aids and all the tools we can bring. Because those are sturdy little machines and will last us the year if not longer.”

“And they are designed to be used on a daily basis,” Cooper added as she added the note to her list. “If we’re going to do that, I want to add a countertop grain mill. Because if we are going to bring grain, we need to be able to use it without overheating and killing our tools.”

“Agreed,” Jones muttered as he moved through something on his computer. “The supply list for the Mountain is insane. If we bring all this shit, we will never be able to get it through the gate in time.”

“Some of that is because we are on earth,” Cooper allowed. “But cut down most of the treats and weird shit and leave the standards. But make sure we add a few luxuries. Chocolate is not a luxury. It’s a necessity.”

“True,” Jackson agreed. “Did you find out if your people will be doing the housekeeping duties?”

“Yeah, we’ve got the public spaces and the mess too,” Cooper confirmed. “Add cleaning supplies, both chemical and mechanical, Jones.”

“Given our luck, I think I need to make sure that we bring the supplies we use to clean up after footholds,” Jones said.

“None of us are so lucky as to think that we won’t make enemies,” Cooper confirmed. She turned around to look at Jackson. “Trading goods?”

The archeologist tilted his head and then rocked a hand back and forth. “I would say that it couldn’t hurt to have some on hand. Traditional goods are cloth, metals, spices, and medicines. Plus skills.”

“Good points,” Cooper said as she jotted those points down. “Jones, add pickles, chutney’s, salsas and jellies to the lists.”

“Some of this we can make here, Chief,” Corporal Stoddard, one of her dayshift crewmembers observed. “I think we need to bring canning supplies too.”

“But I don’t want us to bring anything empty. We can reuse the glass jars and the rings, but the lids are the sticking point,” Corporal Royce, Stoddard’s coworker noted. “While they are small and cheap, they are needed to really can safely.”

“Well, not really. There are other methods,” MS3 Sutton disagreed. “But the modern method is more efficient and certain. Which brings up another point. Cookbooks?”

“Make them electronic,” Jackson advised. “You can make paper if you need to, but you can only bring so much and putting everything on tablets and computers will save you room. Also videos of any techniques you are uncertain on.”

“Are you sure that will be enough?” Spenser asked seriously.

“At this point? No, I’m not sure that we are going to be able to get enough together,” Cooper told him, voice somber. “But all we can do is try.”