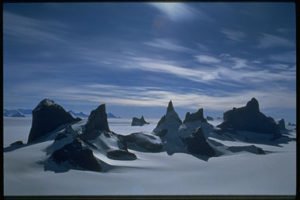 Title: Being Different
Author: Ladyholder
Series Order: 1
Banner Art: None
Pairings: None
Word Count: 635
Rating: G
Betas: None
Warnings: None
Authors Note: John had always known he was different. What he had never known was there were others like him.

John had always known that he was different. Not in an obvious or dangerous way, he was just fundamentally different. And although he had looked for others like him for years he had never found anyone. So he was more than a little surprised to find two other men, just like him on a base that wasn’t supposed to exist.

Thinking about the two men who were like him, he had to wonder why he knew they were like him. Because even though they looked nothing like him on the outside they still felt like him, so any similarities had to be on the inside under their skin. Glancing over at the two of men, he tried to imagine them without their clothes or even their skin. Nope, he wouldn’t be able to see the difference that way. And maybe they were as good at hiding what made them different as he was.

Sitting in the Chair was partly an unplanned impulse and an instinct that screamed at him to follow it. From one moment to the next the feel of the whole place had gone from being cold and vaguely uncomfortable to warm and welcoming. And really, the physical surface of the Chair under his ass hadn’t changed, it had been the atmosphere, the mental feel of the base that had been transformed. John knew that he had never felt so spontaneously at home in a place so quickly and he wasn’t even stationed here!

And when the General had run into the Chair room, he had brought three new people in with him. John wondered wildly if the General had felt the instinctive need to sit in the Chair as strongly as he had. Given that he was like John, he might have indeed. Oh. They were all talking to him. Trying to seem like he was paying attention to those around him, John responded to the conversation on autopilot and then took a moment to look over the newcomers.

The only woman was not like him at all and, while attractive in a severe and understated way, she didn’t hold his interest for long. Dismissing her from consideration, he turned his attention to the next person. Glancing at the taller of the two men following the General, John felt his eyes widen momentarily and then blinked them to cover the shock he was feeling. Because the man was simultaneously like and unlike John, and contemplating him for more than a moment caused his head to hurt. Blinking again against the instant ache, he decided to ignore him and asses the last man.

The last man was a sight to see in a bright orange fleece and carried an almost visible aura of ego and temper crackling around him. He was almost like John and the other two, but was just that little bit off, like something hadn’t been finished in him. On the other hand, John decided after another quick glance, that the man felt…. comfortable, like home. Which was just another weird thing to add to a truly weird day.

Then the orange guy piped up and asks him to “imagine where we are in the universe” and the room was lit from the ceiling down, with stars and solar systems. And all John can feel is that this is his place, that this is home, and that he never, ever wants to leave it.