A/N: The part of Lion Rampart that I am currently working on. 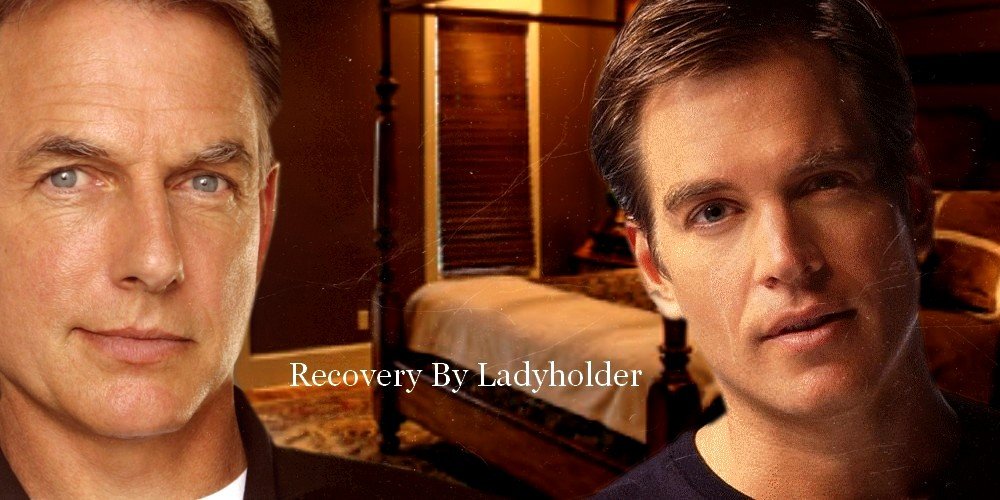 The nap that they had was sorely needed, Tony decided when he woke up forty-five minutes after he had put his Sentinel back together.

Stretching out slightly, the Guide pushed his senses out and scanned the whole building without shame. There was the expected mellowing from their Bonding, but under that was a curious feeling threading through the building. Gibbs hadn’t had to use the Bonding suite before and people were wondering why. The concern their Tribe had for them was reassuring.

Burley was out of the building and Abby, from what he could tell, was still gone. Tony needed to let her know she could come back. Turning his head, he saw that Jethro was sleeping peaceably beside him. “I’m going to get up now, keep sleeping.”

Jethro snorted softly in his sleep and rolled over to take over his pillow when Tony got up. They had found that if the Guide let his partner know where he was going when he got out of bed, it cut down on the times that the Sentinel woke up in a tizzy. Walking towards the bathroom, he scooped up the used washcloth and dropped it into the hamper. The towels they had used got dropped in the same place and the Guide looked the small room over.

Despite their rush to get into the shower and get clean, the room wasn’t trashed. Tidying it only took a few minutes. Tony made a mental note to bring in a bottle of the herbal bleach to clean it after he tested the bottle they had stored. It was okay for a brief clean, but not enough to sterilize anything. Flipping up the lid of the UV toothbrush sterilizer, he grabbed his and scooped out a dab of tooth paste. Lunch, while good, wasn’t something he wanted to continue to taste.

Humming to himself as he kept a mental eye on the building, Tony made a list of chores they had to do. The sheets on the bed needed to be washed and the alternate set they had stored needed to be gotten out. Maybe the blanket too. He would need to check to see if they had gotten it dirty. The vials of sweet almond oil needed to be circulated and the one he had opened needed to be used or disposed of. The decision on what to do with that vial that was easy. They could take it home and use it.

Thankfully Jethro wasn’t allergic to almonds, since the oil was widely available and cheap. Tony didn’t feel guilty at all about dumping the small vials of oil once they were opened, if they weren’t going to use them later the same day. One of his Sentinel’s previous Conservators had not been so proactive and now Jethro had a slight skin reaction to jojoba oil. That ‘Conservator’ was no longer working as one for his Pride and Tony had made certain to blacklist her everywhere, in every jurisdiction he had access too.

The case was niggling at his thoughts and he tried to shove it aside for the moment. Jethro needed his attention right then. Clearing his mind of his agitation, he smoothed out his emotions and the restless edge he had felt from his Sentinel evened out. All the clean up that he could do was done and Tony yawned. Checking the digital clock built into the lintel over the door, he saw they had three hours left at work. Sighing deeply he walked into the bedroom to wake Jethro up.

“I’m surprised. Do you need more sleep,” Tony asked softly as he sat down on the bed. Running a hand through his Sentinel’s hair, he extended his senses to wrap around him. His partner was calm and centered, all traces of discomfort gone.

“No, I’m good. And Abby will make sure Burley doesn’t come back,” Jethro admitted.

“So I take it there is more to the Burley story than I want to know? And we should be glad that he won’t be coming back?” he asked.

Jethro nodded, face pulled into a slightly upset look. “Burley was my Probie for six months. He was doing his best to angle his way into my bed after the first month and it got more and more overt every day thereafter. I finally transferred him out when he tried to come into my house. Kelly stopped him that time.”

“Do I need to explain things to him?” Tony asked carefully. He could feel his temper light and didn’t bother to try and disguise it.

“I doubt it, “Jethro sighed. “I’ll be honest and say that I didn’t notice at first. Some of it I put together after the whole mess. The rest of it, I noticed too late to break the behavior. When I did, I started the process to get him transferred, but not before he went too far. That was three years ago. I’ve been a lot more proactive on dealing with people when they start getting fixated.”

“Yeah, while I can understand lusting after someone because they are pretty, no one gets to go that far. The sexual harassment stops now,” Tony declared. “Come on, we need to figure out what killed our victim, who did it and how I’m going to deal with Romeo that doesn’t involve poison or a knife to the heart.”

Chuckling ruefully, Jethro got up. “Shower with me?”

“I would love to,” Tony agreed.

After all, he had some plotting to do.

“Tony, Tony! I got your answer!” Abby bounced in front of him in excitement.

“You got the information on the scent packs?” Tony pounced on the possibility.

“I do. The packs are used as a training aide for Sentinels. The manufacture states that it mimics blood almost exactly. Also, Pacci and his current partner went back to the scene and found the used packs in the vents. Right where you thought they would be,” the Goth reported. “They’ve been dusted for fingerprints and I’m running them now.”

“And the ‘blood’ in the pack?” Tony asked carefully, mentally betting to himself about the answer.

“Totally synthetic. When I contacted the maker, they said they ran the formula past several hundred Sentinels and most of them couldn’t tell. The rep did say that very few of their test subjects could smell the artificial notes,”Abby reported.

“Which could be why Gibbs smelled plastic at the scene,” the Guide mussed.

“Do you have a fresh one?” Gibbs’ voice came from behind them.

The Guide and Forensics tech both jumped in surprise. “Oh, my God, Gibbs! Why do you do this to me?” Abby demanded.

The Sentinel just grinned and looked at her pointedly. “I ordered a full set,” she admitted with a smile. “They should be here tomorrow. I had them over nighted.”

“Once they get here, we can experiment,” Gibbs agreed.

“Right.” Abby carefully reached out and touched the Sentinel on his arm. “Burley won’t be coming back, Gibbs. He’s been informed that he is not to come to the D.C. office ever again. Any business he needs to conduct can be done out of the Norfolk office.”

“I want him as far away from my Sentinel as possible. Maybe the West coast? Too bad there are no NCIS posts out of Antarctica,” Tony muttered, voice full of frustration.

“We can do that, Guide DiNozzo,” Director Morrow commented as he walked down the stairs. “Remember, I want you to be comfortable working here, and if that means I need to move an agent, that’s fine.”

Tony tipped his head to the side, considering his options. He had only the most minimal exposure to Burley and how he treated his Sentinel. But what he knew was not flattening for the other agent. Plus Abby didn’t like him, for all that she had covered for them beautifully. “Please move him,” the Guide requested.

Morrow nodded. “I think he will do well on Diego Garcia. They have been asking for an Agent for the last six months.”

Abby snickered slightly. “That and bet on what the land crabs will do next.”

“Good,” He level of happiness the Guide felt over the reassignment of the other agent wasn’t kind, but Tony didn’t care. Barley had doused his sentinel distress. All bets were off.

His Sentinel was looking at him in concern and Tony shrugged. Gibbs was just going to have to accept that this was one of the times his Guide was going to be very militant in his efforts to protect him. And absolutely unwilling to compromise.

“Leaving aside the issue of Agent Burley, what do we have on your latest case?” Marrow asked.

“Right now, we are putting together the info on the scene where we found our victim. There was a lot of blood and it smelled far fresher than it should have, given when he had been dumped at the house. We found the reason behind that and will be testing it tomorrow when it arrives,” Gibbs reported.

“Ducky has determined that despite some truly horrific efforts, the victim died from what boils down to natural causes, not his various wounds. The motive behind the death is still unknown and the actual murder scene hasn’t been found yet. I’ve alerted every agency I can get a hold of in the surrounding area. I also took the time to send out a Pride alert for all Sentinels and Guides to be on the lookout for any place that might Maten our Vic d and blood spatter,” Tony added his part.

Gibbs grimaced and then nodded. “Even with plastic tarping down to catch the worst of it, chances are good the scene will smell like an abattoir to a Sentinel. We need the original site.”

Morrow nodded in understanding. “Do we have any idea on motive?”

Tony shook his head in denial. “The victim is clean. That was something Burley reported to us. The man had no enemies aboard ship, he lived within his means and from the gossip was well thought of by his shipmates.”

“So a dead end?” the Director asked with a raised brow.

“For the moment. We might have more if we can get the scene of the actual murder,” Gibbs allowed.

“Understood. Well, I will let you get back to it.” Morrow sighed and headed back up the stairs. “I’ll get the transfer process started, Guide DiNozzo.”

”Thank you, sir!” Tony called out. He was keeping an eye on his partner and nodded at the wave of relief that passed through the Sentinel. Burley was an ass.