Title: Laying Down the Law 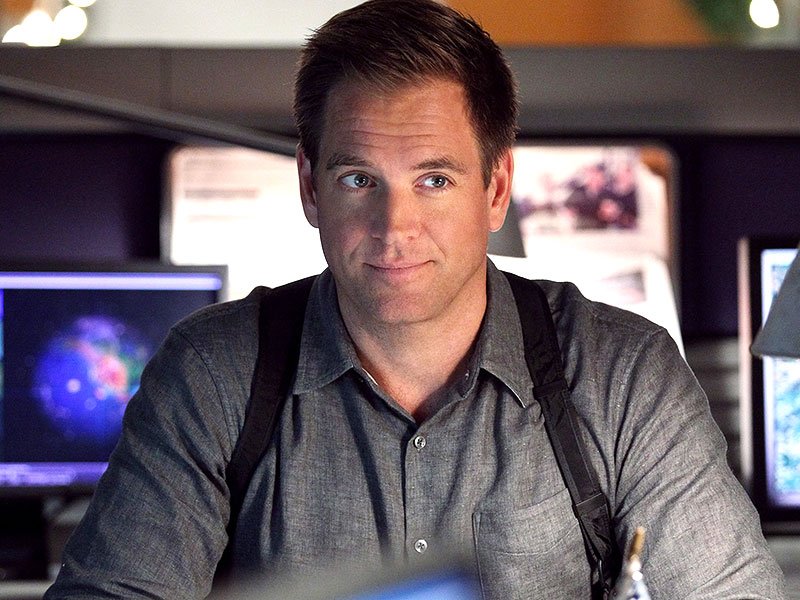 Tony pulled his mental wanderings to a halt and tried to figure out when he had started thinking in third person. He had no idea so he shrugged and went back to contemplating the insides of his eyelids for light leaks while he turned things over. Because he was tired, damn it. The case he was contemplating was just barely holding his attention, but he had a tickle of an idea teasing him.

“DiNozzo! Are you sleeping on the job?” Gibbs asked, voice hard.

Tony didn’t startle, but that was only because he had smelled his boss coming. He sure hadn’t heard him. At any rate, he needed to respond. “No, Boss, I’m not.”

“Then why aren’t you working?” Gibbs asked voice impatient.

“Because I’m caught up on all my paperwork, I’m waiting on McGee and David to finish their reports and I’m going over a cold case while I wait,” Tony told him, voice mild.

“Hmph,” Gibbs grumped at him before moving on.

He didn’t take it as anything other than acknowledgement of his point. It certainly wasn’t an apology. Tony turned his attention back to tracing the twists and turns of the file he had reviewed.

One fact did not fit the rest and he opened his eyes to start typing. Google was awesome and could answer a multitude of background questions. And… the cabin suspect number one was supposedly in when the murder had taken place wasn’t available to rent at that time of year. With a possible hole in the suspects alibi found, Tony needed to chase down confirmation. Google was still his friend and gave him a phone number to the rental company.

“Hi! I was hoping to reserve a cabin in January?” Tony asked. He did not give his name.

“I’m sorry sir, but all our cabins are closed from December through April with no exceptions,” the perky voice on the other end of the line reported.

“Well that sucks,” Tony said with a pout in his voice. “I was told that you had cabins for rent in January.”

“No sir, we don’t. Liability means we can’t rent to cabins that might end up isolated,” he was told. “We can set you up a cabin for May though.”

“Well okay then, I’ll think about it. Thanks,” Tony ended the call with a smile that was a bit evil around the edges.

Humming a bright and happy tune, he pulled up the form to apply for a warrant. Actually, he needed two. One for his new suspect’s financials and a second one for the rental company to see if anyone had some off books rentals going.

“One of my colds has a lead, McGee,” Tony told him, voice pleasant.

“Do you need any help?” McGee pressed.

Tony looked up at McGee and frowned. “Are your reports finished?” he asked.

“No,” McGee finally muttered before turning back to his computer.

“Good idea, McGee,” Tony said, as he continued to fill out the forms.

He had given up on the nicknames and teasing over six months before. It had taken McGee two weeks before screwed his courage together to ask why things had changed. McGee and company had not liked the answer. But he didn’t care. He simply didn’t have the energy to give a fuck anymore.

Tony hit the last enter on his request and leaned back in his chair. He had gone over all his cold cases, his reports were up to date, none of the other teams needed him and he was officially bored. But given his current mood, he wasn’t going to pull up any ‘rate this’ sites. That left inventory and he had no urge towards that.

When his computer pinged, Tony raised an eyebrow and opened his email. The missing reports from Ziva. Opening them all, he sighed softly. They were all in Hebrew. He returned them to her and made sure to cc Gibbs. He was not dealing with her passive aggressive bullshit.

“What is this?” Gibbs asked several minutes later. “Ziva?”

“I have sent my reports in, Gibbs. It is not my fault Tony doesn’t understand them,” Ziva told him. Her voice was sweet and innocent as she sat behind her computer.

“Really? And the fact that they are in Hebrew isn’t your fault either?” Gibbs demanded.

“No. If he cannot speak it, that’s not my problem,” she said with a sniff of disdain. “Mossad is not this restricted.”

“You are not at Mossad, Ms. David,” Gibbs growled, voice pitched low. “You are at NCIS and we write our reports in English. Fix them. Now.”

Ziva stared at him for several beats before huffing out a breath. Tony ignored the drama and took care of the other work that had appeared in his email. Once he got the monthly calendar for court dates squared away, he turned back to the incoming reports. McGee was apparently over thinking things and adding a level of complexity to his that they didn’t need.

Sighing softly, Tony pulled up one of the example reports he had on file and highlighted the problem areas before sending it back to his Probie. If that didn’t work, he would take the direct approach and pull him in for some one on one instruction.

Once that was off Tony took care of the rest of the never ending paper chase that was the SFA job. When his email pinged again he opened the one from Ziva with trepidation. She had apparently run her reports through an online translator before sending them back to him. Just skimming them showed a large number of grammar and word choice errors and he wasn’t going to fix them for her.

Muttering softly to himself in Italian, Tony sent the reports back to Ziva with the same sample report attached and again cc’d Gibbs. Then he settled in to wait.

“The reports are in English. What is your problem?” Ziva asked before stalking over to stand in front of his desk.

“They need to be typed in English, not written in Hebrew and then translated by a translation program into English. These reports are what makes sure the criminals we catch are put in jail. If you can’t follow the basic manual for reports here at NCIS, you are going to redo them until you can,” Tony explained, voice even and without give.

Ziva sneered at him before waving at his computer. “If you want them done to some standard, then you can do them. It’s not like you are worth anyth…”

“I wouldn’t finish that, if I was you, David,” Gibbs broke in.

Tony didn’t bother to look at their boss, he already knew what the man looked like pissed off. And Ziva had managed to totally light his temper. Very much a dumb move.

“Why? He is nothing. He does nothing here but take up space and hold his position over us as if he has any power here!” Ziva snapped, turning to face Gibbs. “I am a much better investigator than he is, as is McGee! Tony is a joke and an embarrassment!”

“Really? How many cases have you closed since you’ve been a part of NCIS?” Gibbs asked, blue eyes pinning her in place.

“I have solved hundreds of cases while with NCIS,” Ziva announced.

Tony noticed that she seemed very certain of herself. He just sat back and shook his head. Ms. Mossad was in for a rude awakening. The stats didn’t back up her claims. From the way McGee was wincing, he knew it too.

“Stay out of this,” she snapped at him as she stared at Gibbs. “He is a clown. He brings down the whole agency and makes a mockery of this job.”

He stopped listening and started pulling the stats. Gibbs wasn’t going to hold his temper long and neither was anyone else. Everything he pulled, he threw up on the plasma. It was an impressive spread.

“No clown would have his solve rate, Officer David,” Gibbs snapped. “He’s the best investigator I’ve ever worked with and it’s been an honor to have him on my team. If he wasn’t as good as he is, then there is no way MCRT would be able to field what amounts to a probationary agent and a complete tyro and still solve the cases we do.”

“If you were really that hot of an investigator, Officer David, then your stats would reflect that,” Tony cut her off before she could launch into a new round of complaints at Gibbs’ words. “These are the stats for the team. If you notice, I’ve only included the years since you’ve been on the team.”

Tony could hear the gasp McGee let out at the sight of the stats. Of the four of them, he had the most solves, with Gibbs as the next closest. McGee and Ziva were basically tied and neither of them at even a third of the closes he did. To be fair, some of the closes that were contributing to his stats were from cases that he worked with other teams and the cold cases he picked out to stay sharp.

But the junior members of the team had the same opportunities that he did to sharpen their skills. After all, he was the one who had trained them and he had told them both to look outside MCRT for more and varied ways to stretch their skills. He had noted what he had recommended in the training files he kept on both. Since no other team leads had stopped by to give him reports on their actions, he could only assume they had declined to use the advice.

“Bah, this must be wrong! How can you do so much when you sleep all the time? Or play on the internet? Or gossip? You do nothing,” Ziva sneered at him as she waved a hand at the screen.

“Those are the correct figures, Officer David,” the Director’s voice cut through her tirade like a knife. Where he and Gibbs had just seemed to wind her up, Shepard’s voice seemed to pull her up short. “Agent DiNozzo has the highest close rate out of the DC office and one of the highest nationwide. MCRT, when it was just Agents Gibbs and DiNozzo had a rate of closures equal to what it is now with a four man team.”

“That does not mean that Tony is the deciding factor! He is a braggart and tries to make others believe he is better than them!” Ziva protested.

Tony frowned slightly. He had just noticed something that Ziva was doing. Not once in the whole argument they had been having, had she screwed up an idiom or saying. He was now certain that her habit of messing them up was a conscious decision.

“The close rate didn’t go down when Gibbs went to Mexico. Officer David and you and Agent McGee certainly didn’t contribute to it. The only one who was here consistently was Agent DiNozzo. So, yes, when he tells you to do something, you do it. He’s your trainer. If he tells you to write your report in English, you do that. This passive aggressive behavior stops now,” Shepard snapped.

When Gibbs’ eyes me his, Tony shrugged. He had no idea what bee had gotten into the director’s bonnet, but he would take the assist. Nothing he had done had made a dent in Ziva’s arrogance and she seemed to be bent on ignoring any praise Gibbs gave him.