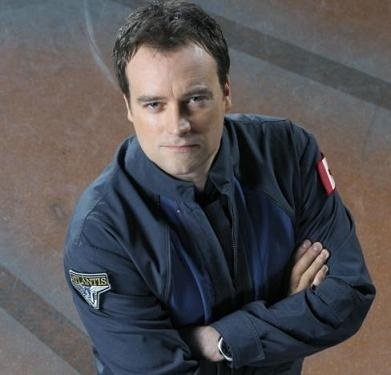 “So here’s the thing,” Rodney started as he stared at the CMO of Atlantis. “When you came out here, I was concerned because of your age and your general inexperience, but you seemed to step up and do the job without issue.”

The smile that crossed her face was pleased and at one time, Rodney knew that he had enjoyed them. Now? Now he wanted to wipe it off her face with prejudice.

“Thank you, Rodney, that’s nice of you to say,” Keller told him, the smile she was giving him turning sweet and approving.

Cocking his head to the side, McKay drew in a deep breath. He needed to staunch the tide of fury that was running through him. It wasn’t quite time yet. Soon, though.

“Isn’t it just?” he admitted. Radek flashed him a sharp look and then leaned back, sipping at his coffee. “Then you started fucking up.”

The look on Keller’s face started to change, showing confusion and concern. “What do you mean, Rodney? Has anyone had a problem with my work?”

Rodney let the fury start to show. “No one has had a problem with your work when it comes to healing your patients. What’s proven to be a problem is your ethics. Both personal and professional.”

Keller’s mouth dropped open and the expression on her face turned to betrayal. “I would never!”

“Really? Because your personal research sure seems to suggest it!” Rodney shot back. “Running tests on samples from Colonel Sheppard, Teyla, Ronon, myself and Carson is okay? Trying to work out how to get the advantages of the Iratus and the Wraith gene splicing into people without the side effects isn’t ethical. Seeing what the long term effects of exposure to Wraith tech has never been on the research list. Nor was it ever approved by me. And let’s not talk about what you were trying to develop off of Carson’s sample.”

Her face no longer looked sweet and innocent, instead, Keller looked enraged. “You have no right to get into my private research, Rodney. That’s sanctioned at the highest levels!”

“No, it’s not. Because if it was, I would know about it, Woolsey would know about it and General O’Neill would know about it. Since none of us knew about it, the research wasn’t authorized and has been destroyed,” Rodney set his coffee cup to the side and leaned forward. “All your research, both here and on Earth, is being reviewed by scientists that I know are ethical. If they find that you have violated your contract, you will be remanded to the SGC and stripped of your clearance, your position and all monies that you’ve been paid. And if I have my way, your freedom.”

“You can’t be serious, Rodney! My research could save lives, make major differences in our war on the Wraith and the Ori, let alone what it can do at home! Why are you doing this?” Keller asked voice shocked and edging towards frantic as he started pulling her world down around her.

Rodney stood and leaned forward, letting all the fury that had been moving through him since he had found the orders to take Sheppard in for experimentation out. “Because, you stupid waste of blood, bone, and education, you threatened the people I consider mine. And I am going to ruin you.”

As he watched the blood drain out of her face, Rodney smiled, rage-filled and terrible and sat back down. He was going to teach a great many people that messing with what he considered his was a bad bet. And he was going to enjoy it.