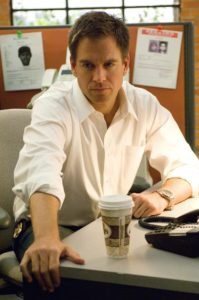 Tony quietly finished up his last report before emailing it to Gibbs and then printed out a hard copy. The hard copy went on the boss’s desk and then he started a new document. His fingers moved smoothly over the keys, each letter pressed without error. The skill he had never let McGee or his team see was on display and he didn’t care anymore.

Reading through his letter he nodded. Everything he wanted to say was there and crystal clear. Email was the name of the game and he set everything to be delivered after he left, but before midnight. Better to not tempt fate after all. Tony took a quick look around the space that used to be his and nodded. His desk and filing cabinet were clean of all personal items and all he had to take was his backpack and he was done.

Turning back to his computer, he opened the files he kept for the monthly reports. Humming his favorite Henry Connick Jr song he made sure all the various SFA reports were up to date. Every check came up clear. Whoever his replacement would be, they would have a good start. He could officially goof off for the… ten minutes he officially had left on the clock.

As the time ticked down Tony unclipped his gun and badge one last time. If Gibbs didn’t show up, he would leave them on his desk along with the paper copy of his resignation letter. If he showed up, well. It might get a bit stickier, but it would be essentially the same. Just louder and more profane.

Time. No Gibbs, Probie was wrapped up in his computer and Ziva was gods knew where. Best of all worlds then. Tony grabbed the folder with the letter and placed it in the center of Gibbs’ blotter along with his gun and his badge. HR had already processed him out and he was done.

“See you around, McGee,” Tony called out as he headed towards the stairs.

“Wha?” Tony could barely hear the start of McGee’s question as the door closed.

Chuckling lightly, he headed for the parking garage level at all good speed. A quick wave good-bye to security and he was sliding into his rental car. His baby was in long term storage since his new position didn’t allow for him to keep it available.

All he had to do was drop the car off at the airport and catch his flight. Splurging for the private jet was going to pay off, he was sure. It would take time for Abby or McGee to think of it since he never made a habit of really using the money he had. What they didn’t know, would buy him time. The radio was playing jazz and Tony hummed along with it as he dealt with his last drive through DC traffic.

Check in of both the car and himself was easy. Once aboard he relaxed in the very nice seat and waited for take-off. Small though the jet was, it would get him to Colorado Springs quickly and that was all he cared about.

Five hours later he was walking down the steps onto the tarmac and enjoying the crisp bite of a mountain evening.

“You know, I really wasn’t expecting you to be able to leave Gibbs without drama, but damn,” General O’Neill sounded amused as he sat in a small golf cart thing. “Gibbs is bellowing like a wounded bull due to your leaving and Vance is doing the same. What gives?”

The smirk Tony gave him was filled with a fair amount of malicious glee. “Neither of them really thought I would leave. HR did all the heavy lifting and Cynthia snuck my package in, but yeah. They thought I was bluffing.”

“More fools them, then,” O’Neill muttered. “Okay. We’re going to be running you through the basics here before transferring you to your new posting. It’ll be six weeks of really geeky training interspersed with some fun shit.”

Tony stared at him, eyes level. He was ready, beyond ready for sorting new. “I can’t wait to start.”