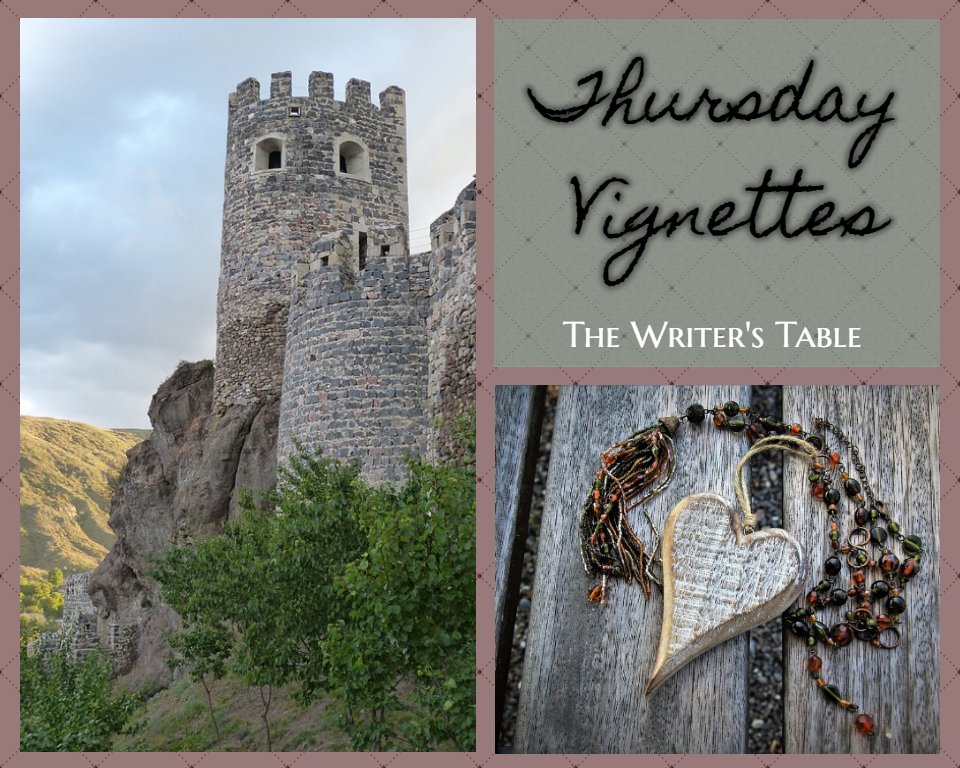 “No, shit, really?” Tony asked as he drove their car up the drive and towards the bailey.

“You’re awful pissy,” Ian observed. The sigh Tony let out sounded vaguely put upon and Ian smiled. His lover had been uptight and distracted the whole flight over to England and he had only gotten worse as they had driven out to his ancestral property. He figured it was his job to distract him. “Wanna, tell me about it?”

Tony’s fingers moved against the steering wheel as he flexed them. “I’ve never brought anyone here. The only thing the people at NCIS know about this side of my family is their names. If they had looked, they might have seen who they are, but no one looked. Morrow knows because I had to tell him for my job, but that’s it.”

Ian took a deep breath at that. Well, that wasn’t what he had been expecting. “So I get to meet the only family that you want to claim?”

“Yes,” Tony agreed. “I can’t get rid of Senior and every time I try, he turns back up at NCIS and keeps sticking his oar in and stirring up shit.”

“And they keep buying what he’s selling,” Ian completed the thought.

“Oh, yes. Abby seems to be very happy to remind me at every turn that he’s my father,” Tony sounded bitter. “I’ve told her that I don’t want anything to do with him and she doesn’t seem to get it.”

“Given what you lot do every day, I would expect that she would fully understand why a child would stop talking to a parent,” Ian observed. He knew more than most on why Tony would want to avoid his sperm donor. But he wasn’t going to tell Sciuto anything.

“As I have overheard: ‘Tony doesn’t know what’s best for him. Senior is a very nice man. Tony’s just ungrateful.’” Tony quoted. “Gibbs hasn’t supported me since before he went on his Mexican siesta and then Madame Director attempted to get me to work on an unsanctioned undercover op. When I declined, any support I got from NCIS disappeared. Now that Gibbs is back, things have gone further south.”

“The direction opposite to north?” Tony asked with a cheeky grin.

“Brat,” Ian breathed out. “Do you think they won’t support you in the field?”

Tony visibly flinched at that thought. “I can’t say,” he admitted. “I don’t want to think about that, but McGee has a massive inferiority complex that seems to get pleasure out of tearing me down. David would kill me if given orders to do so by Daddy, but for the moment, I think she’d be fine if I died in a way that can’t be traced back to her.”

That wasn’t good news at all, Ian thought. “And Gibbs?”

“That’s a harder call,” Tony said slowly. “He will back me in the field to the hilt. I don’t have a single worry about him backing me up when the shit hits the fan. But when it comes to him backing me as his SFA? I might as well be a cipher that he is perfectly happy to ignore. And because Gibbs ignores me, so do the other two.”

“Babe, that’s not good,” Ian finally said after several moments contemplating that news. “If they aren’t going to value you, you need to. Because I sure as hell do, and I don’t want anything to happen to you while you are working with them.”

“I know,” Tony breathed out. “I can’t stay at NCIS. If I stay, they’ll keep chipping away at me until all that’s left is the joke I play.”

Ian drew in a deep breath at that. If Tony was willing to leave NCIS… “What do you want to do?”

Tony ran a hand through his hair before he parked the car. “I’m going to take one of the offers I’ve been given. I’m just not sure if I want Morrow or Fornell.”

“Yeah,” Tony agreed. “I’ve never really been enthused at the thought of being a Feeb, so Fornell isn’t all that high on my list. Morrow has been teasing me with possibilities since he left, so he’s higher. And Homeland will use more of my skills.”

“Did Morrow say who he works with?” Ian asked. Thanks to his job he was privy to a large number of secrets, so he could think of several that Director Morrow could be hinting at.

“General O’Neill, US Air Force,” Tony told him while giving him a side eye. “Rumor has it that he was SpecOps, a certified badass and the only reason he took his stars is that his knees were starting to give out.”

“All true,” Ian confirmed. “And given what I know of the man and what he does, you would be happier there than with Fornell.”

“So, Fornell and his twits are safe from me,” Tony agreed with a nod. “Hand me the cell phone?”

Ian pulled Tony’s cellphone out of the bag at his feet and handed it over. He was utterly unsurprised that his lover had the personal phone number for director of a federal agency on his virtual Rolodex. “Director Morrow, this is Tony DiNozzo.”

There were several beats of silence and Ian could just barely hear the sound of a man’s voice through the speaker. The voice sounded sleepy and the beat of it lifted in question.

“Yes, sir, I am aware of the time, but I wanted to let you know I am taking your latest job offer. I’ll be available to start work in three weeks,” Tony announced. There were several excited sounds that Ian could only liken to the sound of adults in a Charlie Brown Special. “Yes, sir, I’m certain. I’ll be calling them next to submit my resignation since I’m in England with my family.”

The voice on the other end erupted in noise and Ian held onto his patience with the skill of long practice. Snipers were not known to be the impulsive sort after all. “You want me to let you inform them that I’ve been transferred? Sir, if you want to beard Gibbs and Shepard in their dens? I will gladly let you do so. Yes, sir. I will see you in three weeks in your office.”

Tony listened for several heartbeats longer and then the call was ended from Morrow’s side. Tony closed his phone down and breathed out a long sigh. “So that’s done.”

Ian nodded once. “Yes. Now, I seem to recall that you wanted to introduce me to your family?” he asked.

“Yeah, I did,” Tony agreed as he looked through the windshield. “And it looks like my uncle has come out to meet us.”

“Then let’s get this process started,” Ian directed as he opened his car door to get out.

“Right,” Tony drew in a deep breath and let it out. He seemed almost lighter for the decision he had just made and Ian was glad for it. He noticed that instead of putting the phone on standby he turned it off. The action made final the decision his lover had just made. He was no longer under the guidelines of NCIS. “Let’s have some fun.”

Ian walked around the car and pulled Tony out of the car to kiss him gently. “I always have fun with you.”

“You sap,” Tony told him, voice fond. “Let’s go introduce you to my uncle.”